ONU alert on the risk of famine in Guatemala

One hundred seventy thousand families do not have food reserves, due to the decrease in harvests caused by the drought.

The United Nations Food and Agriculture Organization (FAO) warned on Friday that almost one million people can not feed themselves due to the decrease in harvests due to the drought. Speaking to the Thomson Reuters Foundation, the director of the FAO in Guatemala, Diego Recalde, said that in that country "170 thousand families, approximately 900 thousand people, have no food reserves, this is the third consecutive year that has affected them. drought".

In this regard, he pointed out that Guatemalan families, especially those from poor and indigenous communities in rural areas, are feeding only once or twice a day. "This is a slow emergency that is not visible but we can already see that chronic child malnutrition is increasing," Recalde said. The drought in Guatemala is due to the El Niño phenomenon and is expected to last until March 2016. It has affected the farmers of the "dry corridor" of Central America that extends through that country, as well as Honduras, El Salvador and Nicaragua. The UN World Food Program (WFP) warned that the drought will cause a decline in the harvest because it destroys the country's staple food crops, such as corn and beans."Some families may lose between 50 and 100 percent of their next crop of corn to be harvested later this month," said Mario Touchette, WFP director in Guatemala.

In Guatemala around half of the 15 million inhabitants live in poverty. In addition, the Central American country has the fourth highest rate of chronic malnutrition in the world, affecting mainly children under five, according to the UN World Food Program (WFP). 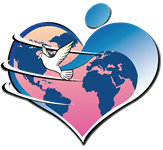 There are many ways to show love to others through help. With your contribution, we can restore a generation that lives in extreme poverty and total anonymity.